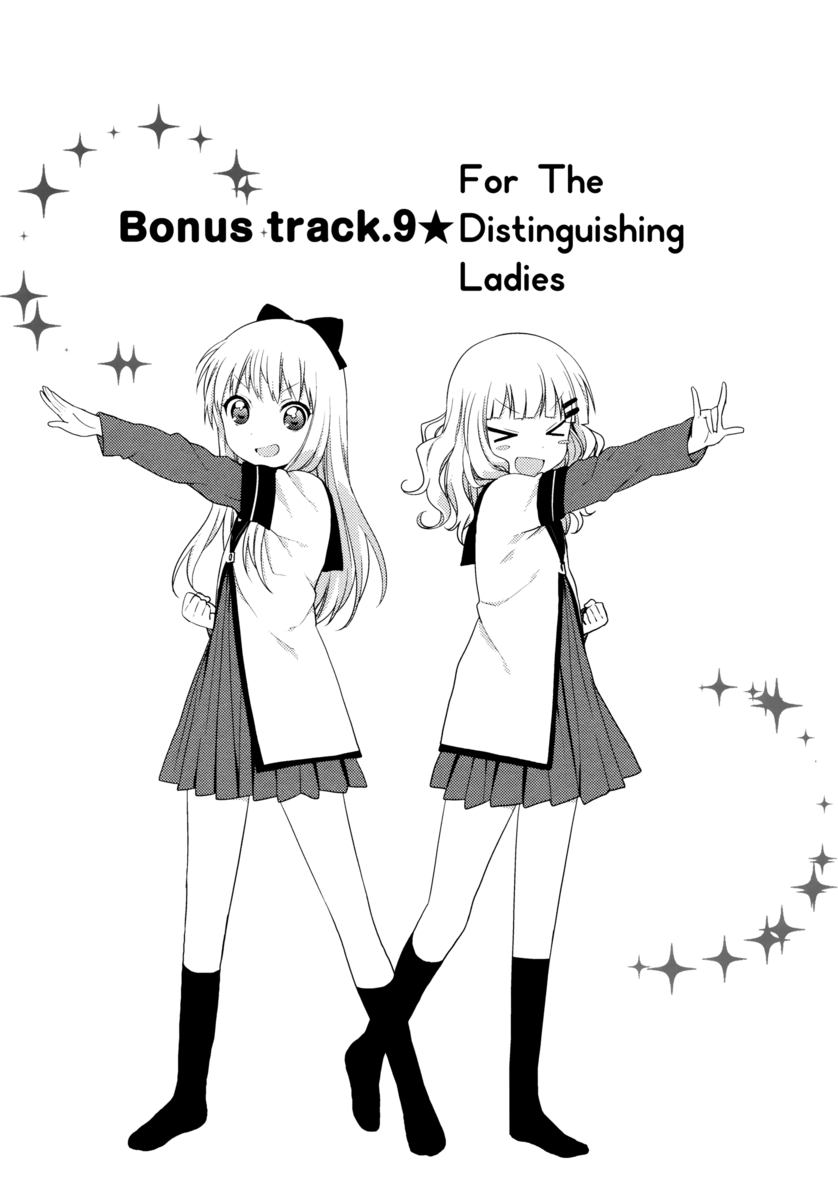 9 years ago, a group of ragtag manga scanlators under the leadership of sugiuraayano@ got together and decided to spread the gospel to the rest of the Western world. Back then, there was already a small group at Dynasty who was doing the same thing, a small company called JManga who tried to pioneer simulpub, not to mention two anime seasons. We thought that by working in parallel, we would bring Yuru Yuri to its followers faster. How were we so wrong.

Instead, here we are, at the closing of the fun year of 2020, and JManga died a horrible death, taking with them all the manga people have bought; Dynasty became the go-to place for anything Yuri but no Yuru; the anime have completed 3 seasons and many OVAs; and a second spinoff manga has been serialized, and yet we still don't have the "complete translated manga".

Not anymore. Today, we celebrate an enormous milestone in Bakkin history. Today, we release the last chapter that closed the gap. No longer will we have to explain to people why we were going in weird orders. There is no other way to better close off 2020 than to close this chapter gap once and for all.

None of the original members of the team are still with Bakkin. Many others have come and gone. We picked up Oomuro-ke. We translated Yuru/Zero. We lost our leader. We had an identity crisis. We dropped Yuyushiki. We got caught in the crossfire of a corporate drama that destroyed our website. We regrouped for the 3rd time. We picked up Touzainanboku!. But just like the Ship of Theseus, we believe Bakkin is still Bakkin, and we acknowledge the help of everyone who made this possible. Thank you.

And here is Bonus Track 9 - or Bonus Track 8, depending on whom you asked and when, staring our two Best Girls™.

Along with the chapter, we also finished the (very nicely) re-done covers of Volume 5 re-release edition, along with the afterword and a 4-koma strip of Himawari being tsundere. For all of you who read this far, please answer questions 3 and 4 of the feedback card.

Our library has also been updated with Volume 5 bundle, for all of you YRYR collectors out there.